Soundbar or home theater: what to choose and how they differ

One of the main directions in the improvement of technology, including acoustics, is the reduction of devices. Manufacturers are trying to maintain or even improve the functionality of the equipment, while reducing the size. The result was the emergence of soundbars, which, in their concept, compete with home theaters. Their functions overlap strongly, hence the involuntary comparison appears. We will deal with this interesting question by trying to answer what is better soundbar or home theater. Naturally, we are talking about the general state of affairs. In specific cases, everything will depend heavily on the models.

The main differences between a soundbar and a home theater

To grasp the essence superficially, it is enough to understand how a soundbar differs from a home theater. The differences are quite obvious, they lie in the very design of the devices.

The soundbar is a single device with a number of different speakers. They have a different angle of direction to reflect from the walls, creating a surround sound effect. Most often we are talking about 3.1, 5.1, but there are other combinations. It all depends on the acoustic panel model. If the room is small and regular in shape, then the sound quality will be decent. A good “simulation” of spatial sound is achieved.

See also: How to connect a soundbar to a TV?

Home theater includes a whole set of: speakers, subwoofer, receiver, etc. The issue of components also depends on the model. Due to the separateness of the device, it is possible to arrange the emitters in any variant. Surround sound with this sound system is not just simulated, but actually created. In larger or irregularly shaped rooms, this sound system will provide higher quality sound.

A soundbar is a more compact analog of a home theater that accommodates all or part of the speaker system in one case. A soundbar has a specific built-in speaker for each channel of multichannel sound, while a home theater has a separate device: a speaker or a subwoofer. This is the main difference.

Soundbars were originally conceived not so much as a home theater replacement, but as a soundbar that enhances the sound of the TV itself. That is, the main competitor was originally built-in acoustics of TVs. Since we know that even a modern TV is not capable of a truly decent sound. Yes, there are exceptions, in particular the premium class from Samsung, but the price of such devices is almost prohibitive. If you take the middle class TV, there will be only 2 speakers of 5-10 watts. This is not enough for high-quality sound.

Developing year after year, manufacturers create more and more compact devices. This allowed modern soundbars to achieve multi-channel 5.1 sound. That is 5 speakers and one subwoofer. There are even 7.1 and sky-high 9.1, but this is an exception. Yes, for full-fledged work, an additional subwoofer is also needed, since it cannot be built into the soundbar while maintaining quality. Even so, it’s only 2 devices instead of 6-8, like in a cinema. Moreover, the power can reach 500 watts and even more, like full-size speakers. 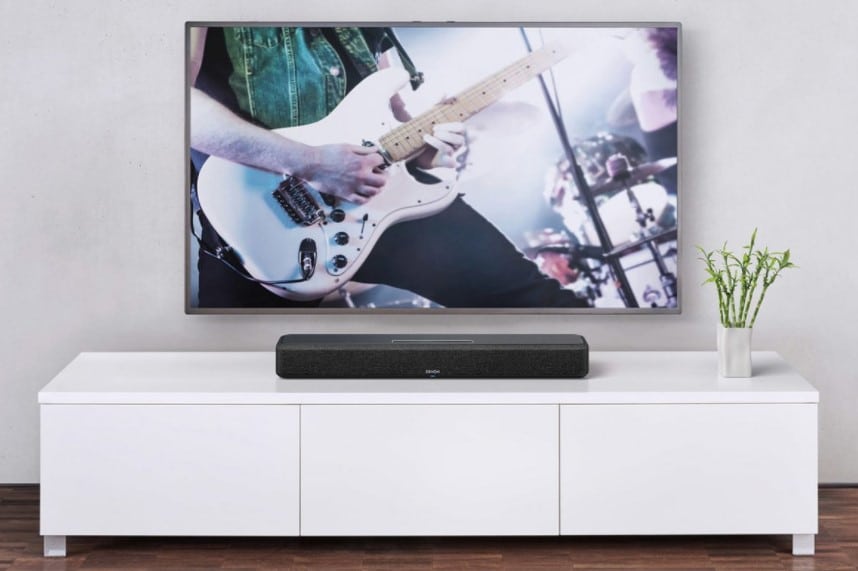 From the above, the advantages of a soundbar follow:

There are also disadvantages:

If the soundbar is a more simplified version of the home theater, which in turn provides high quality professional-grade sound. This design is more expensive and overall. Each column is located in a separate case. This brings its own benefits, including flexibility in sound tuning. The system gives us a choice in the location, distance between devices, allowing us to achieve the perfect 3D sound.

The kit can vary greatly: from 2.0 to 7.1. Naturally, the more components and more powerful sound, the higher the price. The manufacturer and technologies that are built into the device are also important.

There are even more disadvantages of home theaters than advantages:

See also: What is the difference between Smart TV and Android TV?

Which is better: soundbar or home theater?

Each type of technique has its strengths and weaknesses, on the basis of which you can form an impression. We can describe situations when and what is best for the TV.

When is the best time to choose a soundbar?

When is home theater better?

For 90+% of people, when comparing which is better soundbar or home theater, the choice should fall in favor of the first. And only in studios or large country houses really there is a sense from home theaters. In this sense, soundbars can be regarded as the next stage in the development of those same home theaters. At least you know everything you need to buy the right device.