How to use the monitor as a TV?

Got an old monitor? An interesting thought may creep in: “Why not use the monitor as a TV in the kitchen or in some small room.” You should not throw it away, sell it for a penny or throw it into the attic, you can try to give the device a second life in the country, in some secondary room where there was no television before. There are many nuances in this issue, we will try to highlight them as clearly and simply as possible.

Can the monitor be used as a TV?

In general, it is possible to make a TV out of a monitor. Only here are a number of nuances. One of the key parameters that distinguishes a monitor from a TV is the technical equipment. Most conventional monitors lack both a Smart TV operating system and a TV tuner. That is, we are talking about a simplified version of TV. True, there are monitors with a TV function, but they are very few. Many manufacturers even call them personal TVs.

The difficulty is that the monitor is a simple output device that has no image processing capabilities. The TV is capable of converting the code into graphics, and the matrix only displays the picture. The monitor requires a ready-made image to be fed to it.

Which is better monitor or TV?

It all depends on your goals. If you need a TV, then in this role it is better to use TV. To make a TV out of a monitor, additional investments will be required. If the additional steps could be justified by savings, but no, monitors are quite expensive. Usually more expensive than similar TV without Smart TV.

Advantages of TVs in front of monitors:

Advantages of monitors over TVs:

There are also situational nuances depending on the model. For example, many monitors do not have a built-in audio system or it is inferior in quality to TVs, although this is not always true. We will no longer compare matrices, their forms. The meaning is clear, a TV is better for watching television, it makes no sense to buy a monitor specifically for this. If he remained on hand after buying a new one, it makes sense to use the monitor as a TV.

How to make a TV out of a monitor?

In order for the monitor to start showing TV channels (at least) or movies from online cinemas, games (at the maximum), you need to compensate for the missing components. It is a device for converting code into graphics. If necessary, you still need to provide acoustics if there are no built-in speakers. The goal can be achieved in different ways.

With a TV tuner

If you need to watch TV through a monitor, this is the easiest to set up. We only need a T2 TV tuner. They are inexpensive 2000-3000 rubles. Used everywhere to watch digital television on old TVs. The connection is briefly described below. You can read more about choosing a T2 tuner and connection features in our thematic instructions.

Set up the monitor as a TV without a computer: 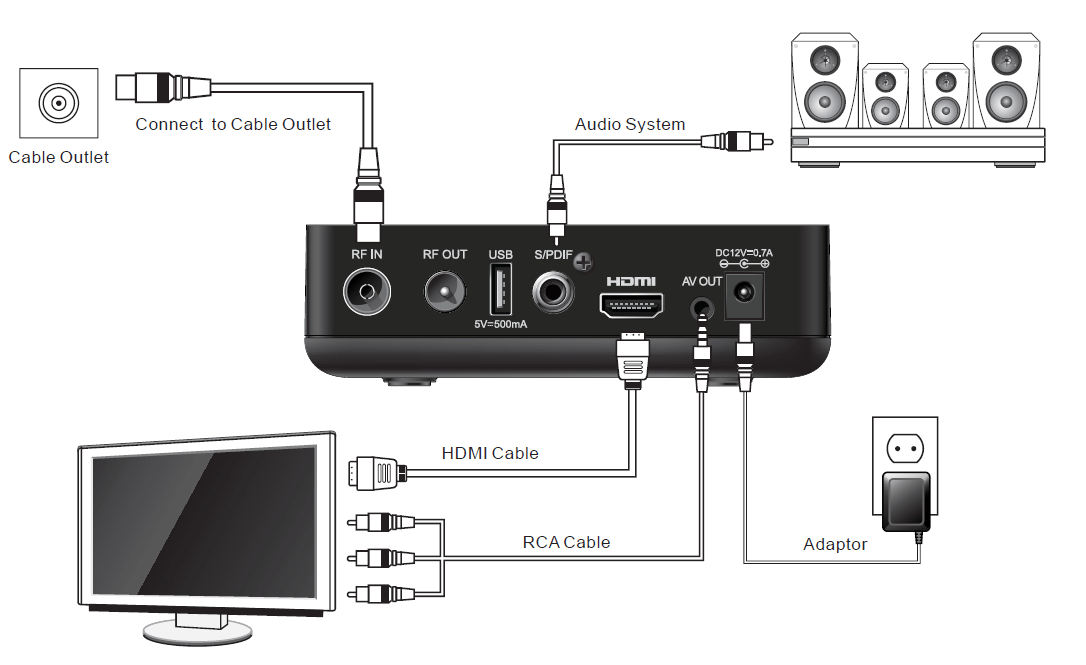 Advice! If you don’t have HDMI, but have VGA or DVI connectors, it’s better to use them rather than tulips. To do this, you just need to buy an HDMI-VGA or HDMI-DVI adapter. It costs several hundred rubles.

See also: How to connect a digital set-top box to an old-style TV?

With the set-top box, your ability to view video content on the monitor will greatly increase. In addition to television, it will be possible to watch movies in online cinemas, on torrents, use YouTube and everything else that Smart TV can do. The main difference from the previous method is that instead of a digital tuner, you need a TV set-top box and it already has DVB-T2 for watching TV. The connection procedure itself is very similar to the previous one. You can see all the subtleties and nuances in the instructions for connecting a Smart TV set-top box. 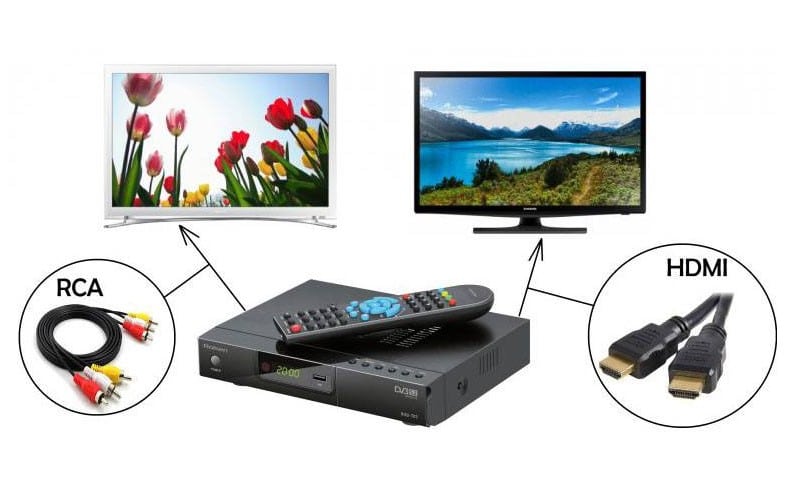 The computer may act as a content handler. In this sense, little has changed, the monitor continues to work normally. The nuances are that you need a longer HDMI cable to connect it as a second monitor to your PC.

The important features of the procedure are described below: 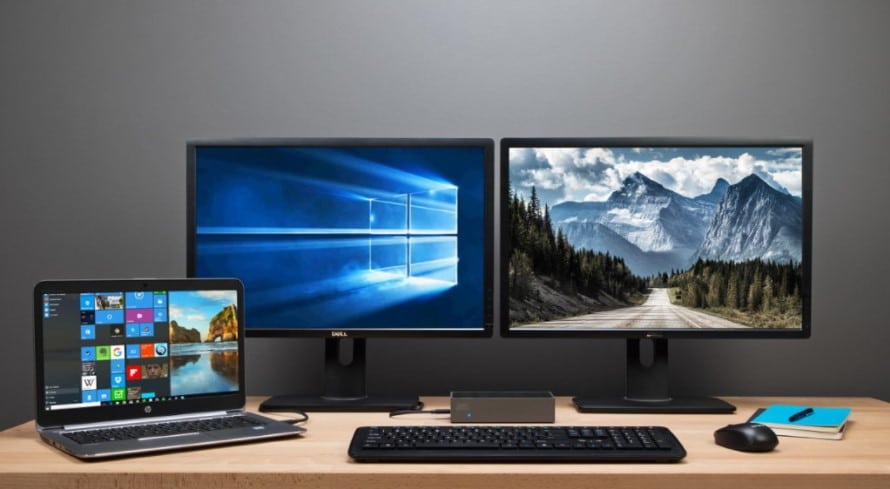 See also: How to watch TV without an antenna?

Via smartphone or tablet

The essence of the method is that the mobile device is used as the main device for displaying the image and displays it on the monitor. You can’t do without additional peripherals. We need a special converter. To connect from USB Type-C to the HDMI input of the monitor and it all worked, you need an MHL adapter. You can also connect to a VGA port using a USB Type-C to VGA adapter. The connection itself is simple, no drivers are required. The TV will play what will be played on the smartphone. You can run online videos, movies from memory, YouTube, etc. True, the aspect ratio is different, which means there will be black bars. 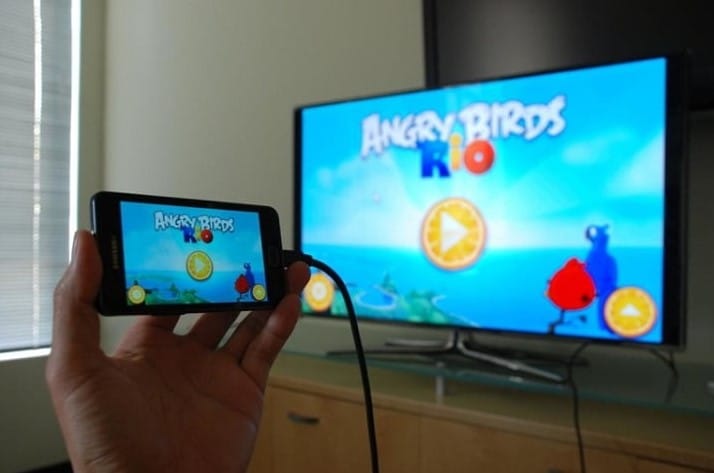 See also: How to connect a smartphone to a TV?

By adding a board

It is possible to remake the monitor with the addition of a new board even with your own hands. However, the procedure for switching from a monitor to a TV requires special skills, considerable effort and financial investments. Whether there is any sense in this venture, you decide. We leave the video as a guide.

How to make sound from the monitor?

You may encounter a problem that after converting the monitor into a TV, you do not have sound. Most likely, the fact is that your device simply does not have built-in speakers. They are not available on most models.

Here is what you can do in this case:

It is possible to make a TV out of a monitor, although certain technical equipment is required. All the nuances of the procedure are described above, you already decide which method is right for you and whether the idea makes sense. Perhaps you have a set-top box or tuner, you can connect the monitor as a second device and get by with little bloodshed. In any case, we are ready to provide an online consultation if you have any questions. 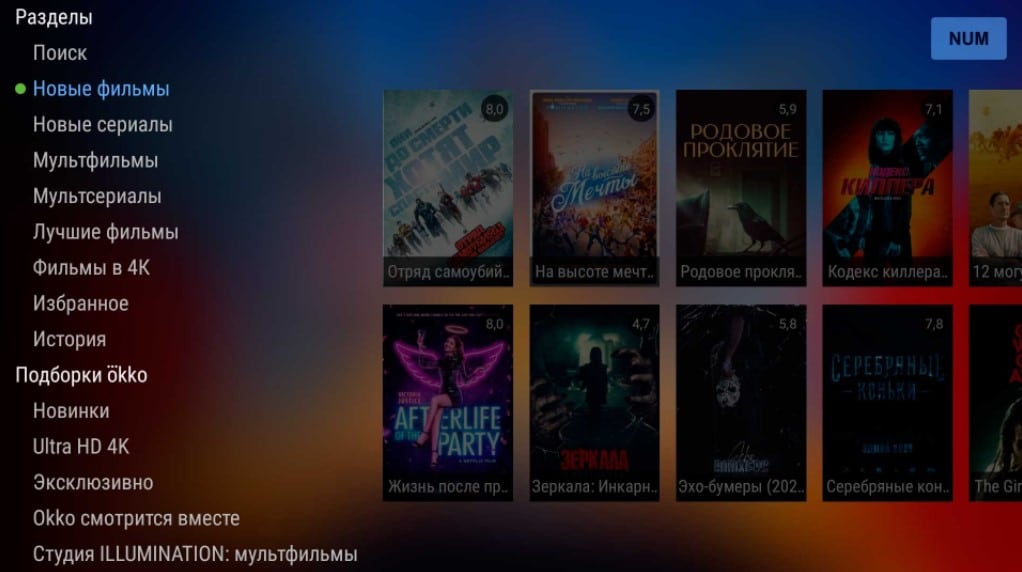 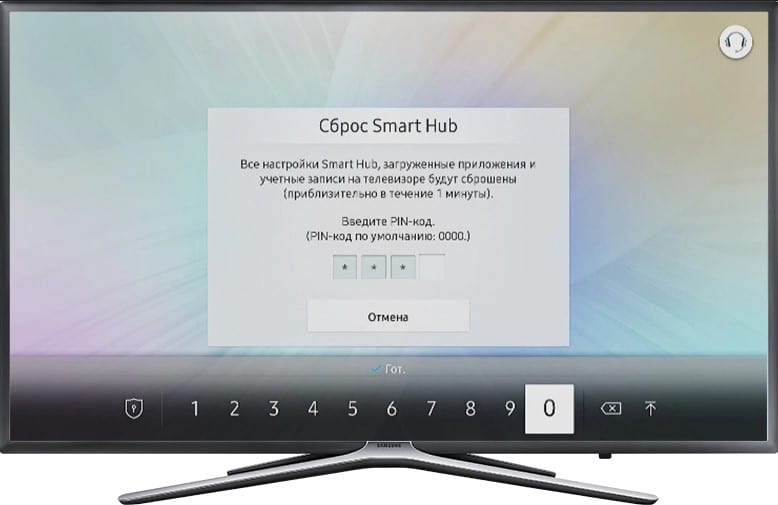